Bishop Road Primary School pupils will be starting their new school term with the arrival of a beautiful new school bell.

Despite the school opening in Bishopston in 1900, the school’s bell tower has always been empty and the new school bell completes the bell tower perfectly.

In recent years the school has undergone extensive building work paid for by Bristol City Council which improved the school’s facilities and enabled the addition of more children at the school.

As with all developments amounting to over £1 million, a public art element was included in the works programme and so last year international artist duo Heather and Ivan Morison were commissioned to design a school bell for the empty bell tower.

Heather became a regular visitor at the school, getting to know children, teachers and staff and being taken on tours around the school by the children, listening to their stories and finding out what was important to them. 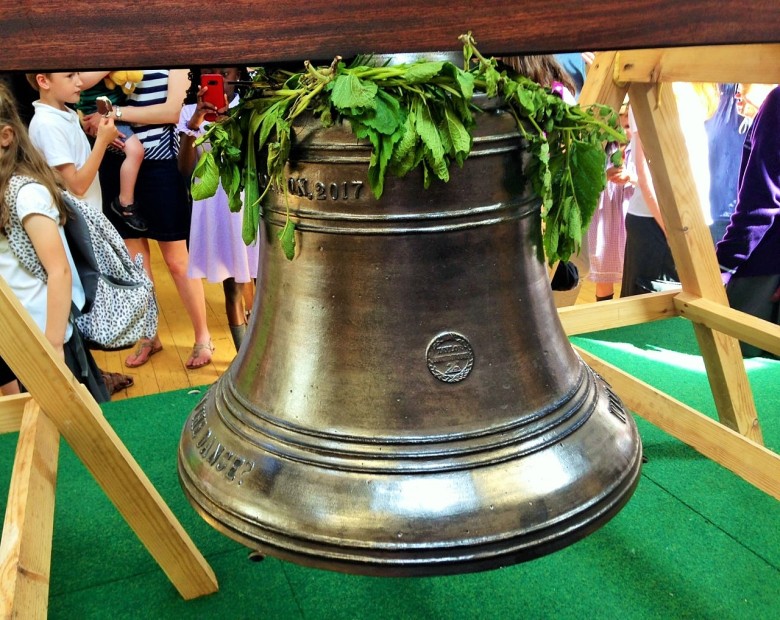 Working with John Taylor and Co, Heather and Ivan designed a beautiful new school bell with a traditional appearance.

The bell includes a lobster design, plus the words “will you won’t you” circling it which are taken from The Mock Turtle’s Song in the classic story, Alice in Wonderland and represent Bishop Road School’s focus and appreciation of children’s literature.

The new school bell was cast by the renowned John Taylor Ball Foundry and has an electric clapper which rings in the note of C which can be operated at a central control panel in the school office.

The bell was formally unveiled at an assembly for the whole school on Friday 26th May and then at a special event after school later that day for both children and parents in the school’s Edgar Hall.

The new school bell beautifully completes the long-empty bell tower and will ring at the start and end of every school day.