Fancy doing something wonderfully creative with your child which is not only fun and free but will also brighten someone’s day?

If so, you will love Bristol Rocks, a phenomenon that hit Bristol in 2017 and which is only growing in popularity with local families.

The idea of Bristol Rocks is simple: decorate a rock or pebble and then hide it for someone to discover and brighten their day!

Rocks can be decorated in any way you and your child likes whether it is through paint, sharpies or some other way. You also add the #bristolrocks tag on the back of the rocks and then the rock is sealed with clear varnish (which you can buy for £1 in a Pound shop).

Then, when a child discovers a rock, their parent can post a picture on the Bristol Rocks Facebook group so you can see how far the rock has travelled and who’s day has been brightened!

Once a rock has been discovered, it can then either be kept or re-hidden. 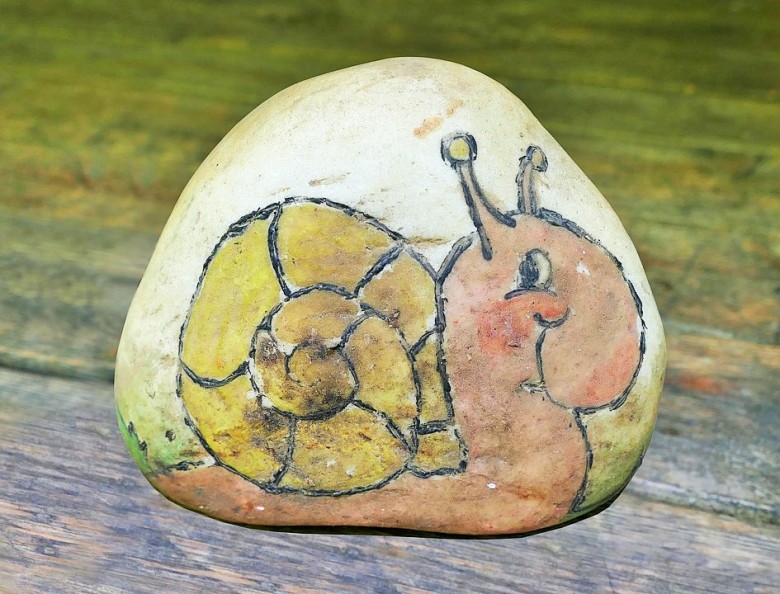 Bristol Rocks all started when Dawn Aldred, who lives in Whitchurch, Bristol, was added to a group called ‘Beverly Rocks’ by her daughter who lives in Yorkshire.

Inspired by the idea, Dawn immediately started a group where she lived, painting some rocks and hiding them out in the community the very next day. She started a Facebook group called ‘Whitchurch Rocks’ and invited all her friends to join and asked them to invite their friends too.

The idea was an immediate success with hundreds of Bristol parents and families joining the Facebook group. Within 3 days it had spread to the areas surrounding Whitchurch so Dawn decided to re-name the group ‘Bristol Rocks’.

Little did Dawn know but this was just the beginning of a phenomenon to take over Bristol and beyond.

In fact, there are now rocks in many countries around the world including USA, Canada, Australia, The Caman Islands, Thailand, Iceland,Morocco to name but a few.

There is even a rock at base camp on Mount Everest! 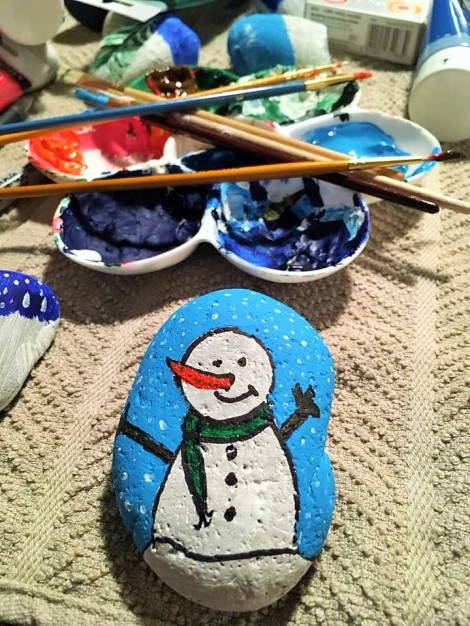 “Bristol Rocks has just taken off. I love it and feel very responsible for keeping the Facebook page running smoothly. I care about the people in there like extended family. I have been in tears with many lovely stories of how it has affected people’s lives and I have been keeping a record of these. It’s heart warming.”

One local parent who regularly decorates and hides rocks with her children is Hannah McRae Whitcliffe who lives in Bishopston (check out her rocks in the top and bottom photos in this article). Hannah discovered the Bristol Rocks group via Facebook and decided to introduce the idea to Bishopston.

Hannah explains:  “I love a bit of community spirit and Bishopston is a hub for this kind of free activity. We’ve got Window Wonderland, book trails and fairy doors so I thought it would good to spread the love up our way as it seems to be mainly in south Bristol.

“Jasper loves painting them, we have it all set up on the dining room table and he often comes home from school and paints a couple. I use it as a mindfulness task for myself. Jasper also loves feeling like a ninja hiding them! And of course he loves it when we search in the group to see if anyone has found one of ours!”

Hannah recommends hiding your rocks in playgrounds or near school. I myself, spotted one hidden in a fallen tree trunk on Horfield Common this week! 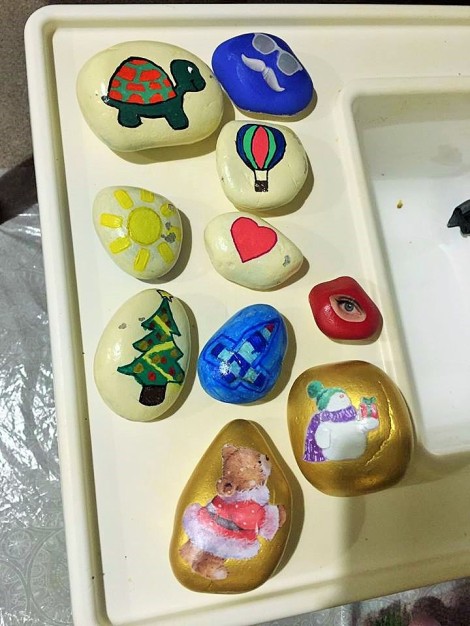 Bristol Rocks continues to grow daily and in unexpected ways as well. Dawn has been in discussions with Bristol City Council  who have now offered to provide a space for Memorial Rocks, plus the manager at The Mall Bristol is planning on giving the group some ground where Bristol Rocks will be set in resin to preserve and show them off to people who visit.

I think it would be fantastic to introduce Bristol Rocks to more families in and around Bishopston. It’s not only fantastic fun and free, it’s also a great way to connect with other local families.

Let’s get some wonderfully decorated rocks hidden in our local parks, playgrounds and streets to brighten up someone’s day!

If you would like to join the Facebook group, Bristol Rocks, you can do so here. Enjoy!