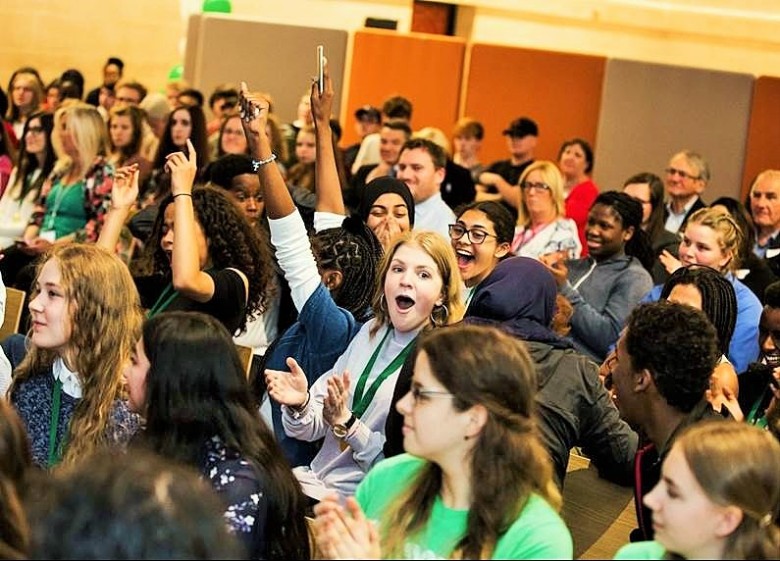 This inter-school competition – not dissimilar to The Apprentice on television – was run by local education charity, ‘Envision’.

Young people were challenged to develop, and crucially demonstrate, skills and personal qualities whilst managing their own projects. In this case, however, young people competed to benefit the community, rather than make the most profit.

In June, team Regen competed against three other schools in the Community-Apprentice Boardroom Final hosted by the University of Bristol.

The team was selected from all 21 teams across the city to take part as they proved they had made a big difference to their community and themselves. The competition was the toughest yet but the team had done a lot of preparation and did their school proud in front of the Mayor and Envision’s Chief Executive Jennie Butterworth.

On Thursday 29th June the Mayor invited all the teams taking part across Bristol to City Hall to celebrate their graduation from the programme and reveal the winner of the Boardroom Final.

FHS was delighted to announce that the Mayor chose Team Regen as the winners who went above and beyond to transform their community by completing a litter pick and mural in their local area, designed by children from nearby primary schools.

The Mayor praised their work and in particular the way they had involved the whole community, left a legacy and developed as a team:

“They demonstrated the distance they’d travelled as a team, being honest about the problems they had overcome and how it had taken time and perseverance for them to develop their teamwork to work together and reach their goals.”

The team have won the chance to continue making a difference by designing a poster campaign about littering for Bristol train stations, which will be supported by Burges Salmon and Great Western Railway later this year. The boardroom final can be viewed here: http://bit.ly/2tE1YwG.

Taking action to benefit others

Collectively this year, all 21 teams have volunteered over 7,000 hours to help their communities. This includes FHS’s other team, Team Hopefulness, who raised over £600 for local homelessness charity, Julian House and educated the whole Year 7 group on money management to prevent homelessness in the future.

To recognise their perseverance and commitment to the programme the team were nominated for the Resilience and Problem Solving award.

The teams have been supported by mentors from Burges Salmon and their Envision Co-ordinator to develop the confidence and competencies they need to succeed in life over the course of the programme.

Envision asked all the young Community-Apprentices on the programme to tell them how they felt they had developed, these were the results:

Each student who graduated received a personalised reference written by their business mentors detailing the skills they had developed on the programme.

“The mentoring sessions have been a real opportunity for the teams to ask questions about different careers and see an office environment. They are also given practical advice and exposure to professionals which will help with future interviews.

“My highlight was watching the team present at the Boardroom Final and witnessing how much their presentation skills had improved and how proud they were of their great performances.”

FHS is holding some upcoming Autumn open events – for dates and details please see the Bishopston Mum What’s On Page.